The Sri Lankan Hill Country is one of the most scenic places we have ever visited. The diversity of the landscape here is amazing as you might be in the middle of a jungle one minute and on grass plains the next. Here you will also find some of the most spectacular train rides through the hills.
Kandy
Kandy for most is the entry point to the Sri Lankan Hill Country. A historical town which last capital of the ancient kings’ era and buddhist temple city. Kandy is also a central point for transport which makes it a great spot for a pit stop of a couple of days, while you explore the points of interest near by.
Your guest house will be well equipped to arrange tours of the city and its surroundings. we decided to hire a driver for a day with some other travelers as this made it easier to access some places further away from town (e.g. some tea factories, spice and herbal gardens and the Elephant Orphanage in Pinnawala). For the sights in town, you can easily walk or take a local bus to them (e.g. The Temple of Tooth or the Botanical Gardens).
Since Kandy is so easy to access, be aware that Kandy tends to be quite touristy and if you are looking for authenticity, head further into the hills. You will be surprised (and perhaps even stunned) by the amount of fellow travelers. Overall it is not the most relaxing place if you are looking for tranquility, but worth the stop for a day or two.
TIP: If you happen to travel to Sri Lanka in the start of August, head to Kandy to see the Kandy Esala Perahera festival. Esala Perahera is celebrated to pay homage to the Buddhist Sacred Tooth Relic and consists of a huge daily parade of dancers, musicians, acrobatics, elephants and much more. Make sure to get a spot early along the route as the local crowd will gather to ensure unobstructed views. We found a fantastic spot on the lawn of the Temple of the Tooth right at the starting point of the parade. Notice though that the festival lasts multiple hours and during it is near impossible to leave. 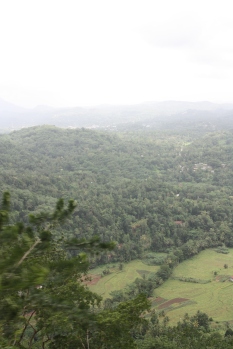 Nuwara Eliya
Nuwara Elia is a small town high up in the Hill Country. It used to be a favorite spot for the British during their rule of Sri Lanka (Ceylon at the time). The town has some old buildings (e.g. the Post Office or the Grand Hotel) which would fit in perfectly in the English country side and sometimes the town is even called Little Britain (no connection to the comedy TV Show). One day will be enough for most here to see the main sights.
Most people use Nuwara Eliya as an access point to Horton Plains and there is not that much to see in the town itself, but there are some nice places too e.g. Pedro’s Tea Plantation which can be accessed easily by bus from the main bus station. Tickets there cost only 20 rupees. Just ask one of the drivers for the right bus. Here you will have a great opportunity to learn more about the tea industry and where tea actually comes from. Btw, did you know that Sri Lanka is the no.1 tea producer in the world and that tea production only started as a substitute when the British failed to grow coffee there.
TIP: If you want to indulge a little, head to the Grand Hotel at 3pm for a traditional English afternoon high tea with a selection of sweet and savory snacks, unlimited tea and afterwards, take a stroll along the halls of the amazing historical building and its garden. A little reminder of the not so distant history of Sri Lanka. The price is 1250 rupees per person.

Horton Plains
Walking through Horton Plains feels like walking onto the set of Jurassic Park. Instead of bumping into a t-rex or velociraptor, you will likely encounter much more tame creatures such as Sambar Deer, Giant Squirrels, a wide variety of birds and if you have a sharp eye maybe some lizards and smaller critters too. Horton Plains sits high above the Hill Country on top of a mountain range and is truly a world of its own. One of the few Sri Lankan cloud forest can be found here right next to a grass plains creating a unique ecosystem for wildlife to flourish.
One of the most breathtaking sceneries will reveal itself after a hike of approximately 3-4 km from the National Park entrance as you arrive at World’s End. An 800+ meter vertical drop off cliff from the mountain top down into the valley. On a clear day you can see far into the valley and even to the shoreline of Sri Lanka’s Southern coast.
TIP: Make sure to arrive here early before the park opens at 6am. you will need to pay the park fee at the gate and a cue forms already at 5.30am. Getting into the park among the first will ensure the best chances of seeing wildlife but make sure to keep quiet as many of the animals will head away from the trail with first sight of people. Also larger busses carrying some “quite noisy east asian tourists” arrive later so you will have a chance to avoid those. 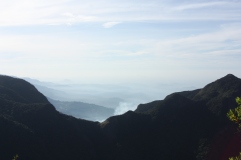 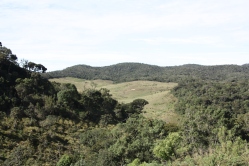 Ella
For many Ella is the most loved town in all of the Hill Country. For others is might be a nightmare. What we mean is that Ella has grown a little too popular for it’s size and tourism seems to rule the main street. You won’t witness much local life here but the town sure offers some unforgettable and breathtaking hikes on both sides of Ella Pass – a deep valley sitting in between Ella Rock and Little Adam’s Peak. We chose to get a place higher up on the hills, which offered some tranquility and great views of the surrounding hills.
Ella is best explored by renting a scooter or motorbike for the day. This will cost around 1300-1500 rupees plus what ever you spend on fuel. In comparison, many sights such as the waterfalls, temples, Little Adam’s Peak, the 9 arches bridge and tea factories will set you back around 500-1500 rupees each if you hire a tuk-tuk. You can easily fit all of these into one day of riding around the town and ending the day with a hike up Little Adam’s Peak.
For our time in Ella, we left the hike up Ella Rock for the last day of our trip and we decided to set off at 7am so that we would beat some of the crowd heading up the hill/mountain. Finding your way from the railroad track through some bushes and tea plantations can be tricky (we’ll share a guide here soon). There will be many locals willing to help you along the way, but they will expect a tip for their “service”. You can also get a guide to show you the way and this should cost around 1500-2500 rupees. If you leave later in the morning, there will be a constant string of people heading up, so you will less likely need a guide.
TIP: On a good day the view from Ella Rock is breathtaking, but on many days the humidity from the valley rises fast and it will create clouds and fog that will block your views completely. You might have more luck very early in the morning (leave around 5:30am) or later in the afternoon (4-5pm). Your guesthouse will likely be able to help you with this too.
Apart from the hikes and walks around Ella and the rest of the Hill Country, make sure to relax a bit too at some of the Ayurveda spas that offer great massage and treatments for your body and mind to help you recover from the exercise. 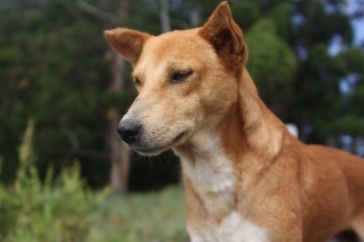 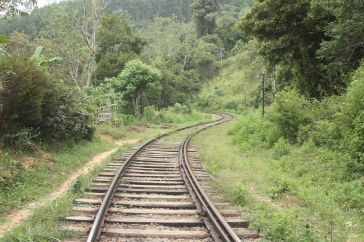 Other places of interest that we didn’t visit
Adam’s Peak (don’t confuse with Little Adam’s Peak) was one of our top interests we wanted to visit, however we found out that the mountain is closed off from people for parts of the year due to very unpredictable weather conditions that make climbing there dangerous. Just last year a group of tourists had to be rescued by the Sri Lankan rescue service when a thunderstorm hit the mountain on their climb. Adam’s peak is the highest mountain in Sri Lanka and is said to offer amazing sunrise views for those who head up during night. In peak season, the mountain gets very crowded as in addition to being a traveller hotspot the mountain is also a sacred site for Buddhists.